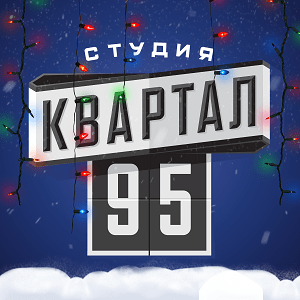 Watch Kvartal TV Live TV from Kiev
Website
Kvartal 95 Studio is a publicly held television entertainment production company, operating in Ukraine since 2003. The company produces audio and visual content (e.g., movies, TV-series and formats) in Russian and Ukrainian, as well as organises concerts. Kvartal 95 Studio was founded in 2003 on the basis of the KVN team Kvartal 95 which in turn is named after one of neighborhoods of Kryvyi Rih. Kvartal 95 KVN team was founded in 1997 while its official debut took place in 1998 at the KVN festival in Sochi. The studio as well as the KVN team was created by Volodymyr Zelensky, who ran in the 2019 Ukrainian presidential election, and was elected President of Ukraine.