Ukraine is a country in Eastern Europe. It has an area of 603,628 km2 (233,062 sq mi), making it the largest country entirely within Europe. Ukraine borders Russia to the east, northeast and south, Belarus to the northwest, Poland, Slovakia and Hungary to the west, Romania and Moldova to the southwest, and the Black Sea and Sea of Azov to the south and southeast, respectively. During the Middle Ages, the area of modern Ukraine was the key center of East Slavic culture, as epitomized by the powerful state of Kievan Rus'. Following its fragmentation in the 13th century, the territory was contested, ruled and divided by a variety of powers, including Lithuania, Poland, the Ottoman Empire, Austro-Hungary, and Russia. A Cossack republic emerged and prospered during the 17th and 18th centuries, but Ukraine's territories remained divided until they were consolidated into a Soviet republic in the 20th century. It became independent in 1991. 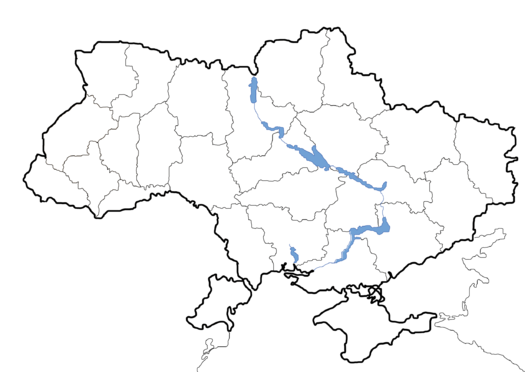 Sitemap in HTML format (link will open in a new window)