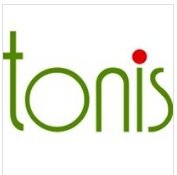 Watch Tonis Live TV from Kiev
Website
TV-channel «Tonis» was established in 1989 with headquarters in Mykolaiv. That same year it was licensed to satellite channel WORLDNET. In 1992 the head office moved to Kyiv, the channel began broadcasting in the capital. Parallel experimental satellite began broadcasting as part of the “slave channel”. «Tonis» received the right to broadcast in 12 regions of Ukraine. During 2005-2006 «Tonis» increased the amount of broadcasting and coverage in the regions of Ukraine. The potential audience of 18 million viewers in 230 settlements of Ukraine, one in 54 cities included in the telemetry panel of GfK-USM has a population of over 50 thousand people, representing 75% of the audience panel. In the short term «Tonis» will build a regional network broadcasting and become a channel that covers almost all of the monitoring panel “50,000 +”. The audience for which is updated «Tonis» – aged 16 to 70 years.