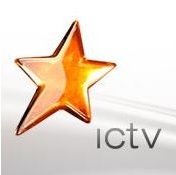 Watch ICTV Live TV from Kiev
Website
ICTV is a privately held TV channel in Ukraine. Its coverage area allows it to be received by 56.6% of the Ukrainian population, making the channel the fourth in the nation in terms of coverage (trailing the state-controlled UT1 and privately held Inter and 1+1), and third (well ahead of UT1) by the viewers’ ratings. The channel is owned by several business structures connected to the Ukrainian oligarch Viktor Pinchuk. It first went on-air on 15 June 1992, and since 1995 it has broadcast 24 hours a day.