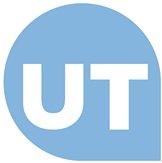 Watch Ukraine Today Recorded TV from Kiev
Website
Ukraine Today is a Ukraine-based private international satellite television channel broadcasting in English. The channel, which is owned by the Ukrainian 1+1 group and headquartered in Kyiv, presents round-the-clock news bulletins aimed at the overseas news market. General Producer of Ukraine Today Tetiana Pushnova. In April 2016 it was announced that satellite broadcasting would be stopped, to become an online-only service. Prior to that it was an international satellite television channel. On 26 December 2016, it was announced that its parent company 1+1 was shutting down the online service on 1 January 2017.