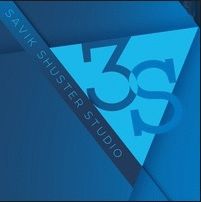 Watch 3S TV – Shuster online – Freedom of Speech Live TV from Kiev
Website
3S. TV — the first not oligarchical channel in Ukraine on which everyone can express the opinion and it will be heard! / Since 2005 Shuster has been working in Ukraine. According to Shuster, at first he had no plans to work in Ukraine but changed his mind shortly after a 2005 visit to a friend, Russian politician Boris Nemtsov, in Kiev a few months after Ukrainians “Orange Revolution” (Nemtsov was an adviser to Ukrainian President Viktor Yushchenko at the time). From May 2005 Savik hosted “Freedom of Speech” talk show on ICTV. In December 2016 3S.tv went bankrupt and on 1 March 2017 the channel stopped broadcasting. Shuster was for two-and-half years absent from TV, until in September 2020 returned with the comeback episode of his talk show, “Freedom of Speech”, on Ukraina TV.